Through the generosity of the Humanities Without Walls grant, we are pleased to offer fellowships to graduate students who are currently completing dissertations. During each year of the HWW grant, we will award one fellowship to a student at Michigan State University and one to a student at Pennsylvania State University. The first of these fellowship was awarded for dissertation work in Fall 2017 to Jorge Felipe Gonzalez (MSU) and Romy Opperman (PSU). The second fellowships were awarded to Elizabeth Tuttle (PSU) and Katie Greulich (MSU) for the Summer 2018 term. Please see below for more information about these promising scholars.

In her dissertation, “Activism for Others”: French Feminist and Anti-Imperialist Pamphletary Culture, 1914-1939, Elizabeth explores the political pamphlet’s role in interwar French activism. In four case studies on interwar pamphletary activism, Elizabeth also questions the political and ethical stakes surrounding what she calls “activism for others,” defined here as the practice of advocating for the civil and social rights of individuals outside of one’s own gender, race, and/or social class. While this practice did not originate during the 1920s and 30s, the social instability and increased cross-cultural encounters generated by World War One led to an increase in demands for the political enfranchisement of women and colonial subjects, demands often expressed in political pamphlets written by men and women on behalf of groups to which they did not belong.

Elizabeth uses archival documents to follow the physical trajectories of feminist and anti-imperialist pamphlets and tracts throughout the French empire. In so doing, she argues that tracing pamphlets’ paths from writers, to printers and editors, to vendors, and finally to readers brings to light otherwiseconcealed connections not only within activist groups but also between militants and less overtly politically engaged men and women. This study of political pamphlets through a material culture lens provides a complex picture of the ways in which both objects and ideas circulated in interwar France.

In addition to a material culture approach, Elizabeth also considers these pamphlets as a writing practice. She argues that this particular genre, integral to the very founding of the French republic in 1789, provided a textual space within which feminist and anti-imperialists could build a case for their own and others’ citizenship. However, by circumscribing their activism within the French republican model, many pamphleteers reproduced harmful racialized and gendered language that hindered their ability to function as effective advocates for the rights of other marginalized groups in the French empire. The goal of this dissertation is not to dismiss the work of, for example, white anti-imperialists or bourgeois feminists, but rather to understand problematic elements in “activism for others” so that today’s activists and allies might better understand the historicity of the movements with which they engage. 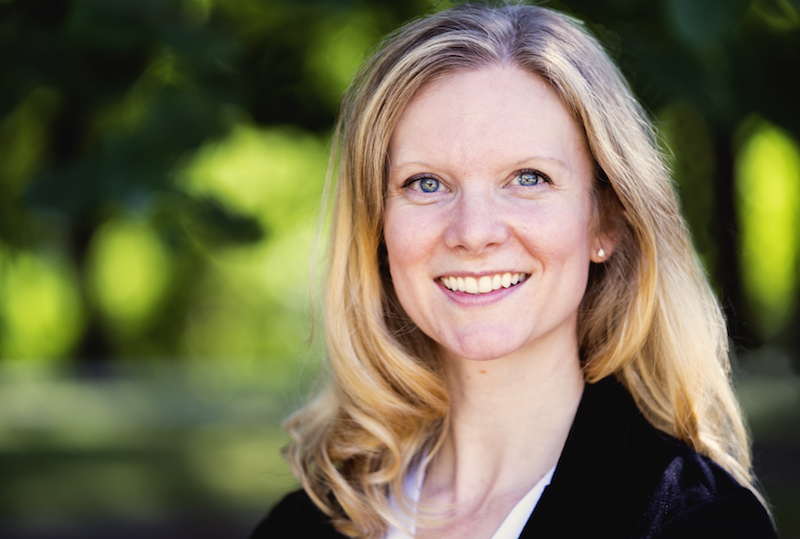 Katie’s dissertation, Fieldwork: Pedagogies of Interest in Modern Ecology, Literature and Film, conducts a comparative media inquiry into the intersections between European modernism and ecological science between the years of 1890 and 1962. The goal of the inquiry is to narrate how the discipline of ecology and the aesthetic practices of modern literature and film converge around a shared pedagogical practice: the conscription of modern ecological thinking. The project argues that conflicts and confluences among scientific and artistic pedagogies of perception structure a relationship between modernism and ecological science. Modern literature, film, and ecology share a common cause: promoting a pedagogy centered on nurturing an observer’s interest in the material world. The texts brought to bear in this study demonstrate that interested thinking--a particularly modern affective and cognitive structure for perceiving life--is ecological thinking. Further, as the basis for a pedagogical project, interest teaches a distinctive epistemology, ontology, and ethics of responsivity, of responsibility, at the center of modernism and modernity. Contributing to the growing understanding of modernism’s position in shaping ecological responses to the Anthropocene, this study assesses how ecological knowledge work circulates throughout modern culture, with an eye towards assessing its ability to perceive and respond to anthropocentric environmental change.

The chapters identify a set of aesthetic practices for perceiving and thinking modernist ecology through the avenue of interest, as the first chapter makes clear. An analysis of the archive of Britain’s premenint ecologist during the birth of this scientific discipline, Sir Arthur George Tansley, the chapter explicates the aesthetictraining of interest operating throughout modern ecology’s wide-spread disciplinary praxis as a legacy of picturesque aesthetics. The picturesque is an interest-based fieldwork pedagogy that has long attuned its participants to an understanding of actuality as a series of ongoing collaborations and interruptions among the human and the nonhuman—and it persists into the wide-spread knowledge work of modern ecological science. Historicized and theorized in this chapter, the ecological picturesque allows us to understand this science’s epistemological values more clearly, and to begin to trace its associated aesthetic values across the documentary practice of modern filmmakers and novelists.

Chapters 2-4 explore the epistemological, ontological and ethical consequences of the ecological picturesque as it is translated across media. Noting its persistence among modernist literature and film, the chapters then explore how different media refract its form—and its affective, cognitive and ethical work. For the interested thinking and feeling that defines the ecological picturesque is also prone to blooming and wilting, amplifying into other aesthetic categories and affective experiences (fascination, obsession, wonder), or fading into an indifferent boredom. In tracing how media alter ecological knowledge work, the case studies identify a handful of modern ecological thinkers--the amateur female botanical researcher,  the radical aesthete, and the utopian ecological engineer--united by a common practice of documenting the sometimes boring, often fascinating, and always interesting form of life. Subsequently, however, these chapters also demonstrate that the ethics of responsibility that characterizes interested thinking and feeling does not always hold: these texts also demonstrate apathetic, paralyzed, and domineering responses to environmental change. The aim of the project, then, is not simply to historicize a lost chapter of ecological thinking, but to enable a recognition of ecology’s vulnerability as a framework for handling the grand accident of our anthropogenic world.